You are here: Home / Sign of Enough / Who Gets to Decide? 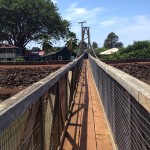 Among the “knotty problems” we have right now is that of – Who gets what medicine? And who should pay for it? And should any medication cost $1,000 a day or $84,000 for a 12-week course of treatment? (That is the often reported cost of Sovaldi, Gilead’s hepatitis C pill.) And if, as apparently is the case with Sovaldi, the medicine often cures the disease rather than just ameliorates it, doesn’t that make a difference? And what if it could cure me, but I can’t afford it? And who gets to decide all this?? Are we comfortable leaving it up to the pharmacy benefits managers?

I have no idea what the “right” answers are to these and many related questions. Having worked in the pharmaceutical industry for 20 years, I know the industry explanation about astronomical cost of development of new medicines, and having watched it, I know how true that can be.

I do think, however, we, the general public, might be more supportive and willing to take part in resolving these difficult issues if we didn’t frequently read about the very large profits much of the industry enjoys, and particularly about the high salaries of the companies’ top leaders. It’s hard to get an absolute fix on these data because so many different things are measured, but a ballpark range of total compensation for the 15 top paid CEO’s of the largest pharma companies go from a high of $36.27 million to a low of $12.97 million, as reported in June, 2014. (Interestingly, the highest paid is said to be a billionaire. As reported by Forbes on March 2, 2015, there are 1,826 billionaires in the world. So this gentleman is among the very elite.)

It would be extremely simplistic and naïve to suggest that if these CEO’s weren’t paid so much, medicines could be cheaper, but I believe it’s a mindset where nothing is enough. . .no total compensation package is enough; no quarterly profit growth is enough; no pay out to lobbyists is enough. And it all adds up. And it is, as I said, a mindset

How about this for naïve? What if all the top leaders of all the largest pharmaceutical companies agreed to take a 50% total compensation reduction—not just for one year, but going forward? And in addition to spreading some of it around to their employees, as Dan Price, CEO of Gravity Payments apparently did in April, the money were used to cover all the costs for a top level study group to make specific recommendations on who gets what meds? Who pays? How is all this decided? Is some cost of a treatment “too much?” How is whatever is recommended implemented?

Does this sound totally ridiculous? Is it any more ridiculous than what we have now?